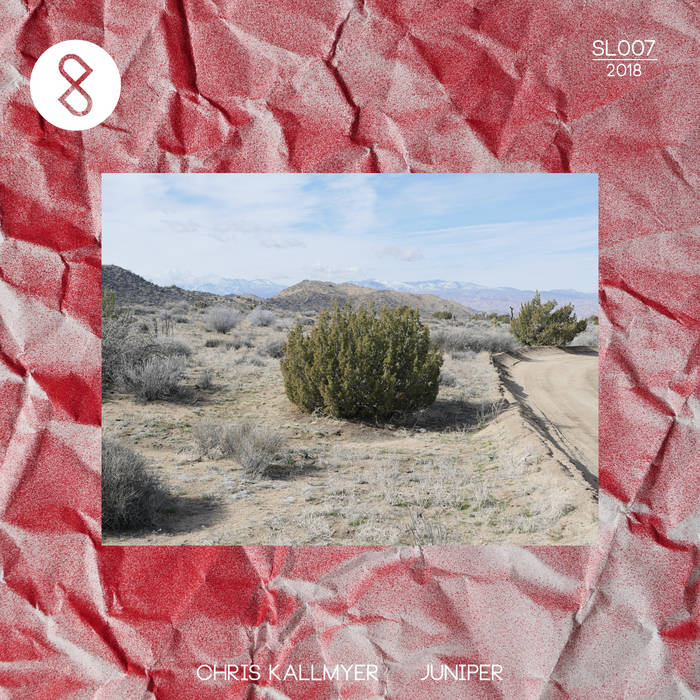 Los Angeles-based sound artist and performer Chris Kallmyer presents Juniper, a meditation on the ghostly, vast landscape of the American West. Drawing inspiration from the likes of Ennio Morricone — working with the composer’s same Italian-made echo machines — Juniper evokes the spaciousness of this landscape.

The two pieces that comprise Juniper are complementary refractions. While the lead track “Great Basin,” recorded as an improvisation with Andrew Tholl, represents a human’s description of the land in California, the second track “Light + Space” operates more like the landscape itself: patient and waiting—changing in the light—and evolving in an organic way. Both tracks derive their ethos from Kallmyer’s time spent making work in the ghost town Rhyolite, Nevada, on the rim of Death Valley.

Chris Kallmyer grew up playing in Washington, DC punk bands, where he saw music intersect with politics, culture, art and design. Now based in Los Angeles, Kallmyer is a working artist whose practice is characterized by its relationship to site and architecture, inviting the listener to experience sound in situ. He has shown at the San Francisco Museum of Modern Art, the Walker Art Center, Hammer Museum, Pulitzer Arts Foundation, The Getty Center, Berkeley Art Museum, FraenkelLAB, and other spaces in America and Europe. He has shared his music with groups such as the San Francisco Symphony and performed at the Indianapolis Museum of Art and sharing the 2015 LP Rhyolite with Julia Holter and Lucky Dragons.

In 2016, he was the first Performance Fellow at the newly reopened San Francisco Museum of Modern Art, where he created works that address their new building designed by Craig Dykers of Snøhetta. Prior to that, Kallmyer was an Artist Fellow at the Pulitzer Arts Foundation in St Louis, where he created a set of earthenware chimes from regional clay sources in collaboration with local artists and activists. Kallmyer completed his MFA in 2009 at California Institute of the Arts while studying with Wadada Leo Smith, Wolfgang von Schweinitz, Aashish Khan, and Sara Roberts. Since then, Kallmyer worked closely with the art collective Machine Project (LA) to create over 100 projects since 2009 at institutions across the United States.

Juniper is available in cassette and digital formats on October 12, 2018. Physical copies of the tape will be accompanied by a small pouch of Holy Basil tea, intended to be enjoyed in earnest with the music.

Chris Kallmyer is an artist that works with sound and spaces. His work explores a participatory approach to making music through touch, taste, and process using everyday objects to point to who we are and where we live. He has presented work in a wide variety of contexts, including the Walker Art Center, Hammer Museum, Getty Center, LACMA, Disney Hall, and MCA Denver, among others. ... more

Bandcamp Daily  your guide to the world of Bandcamp

Cannibal Corpse's George "Corpsegrinder" Fisher stops by for an interview